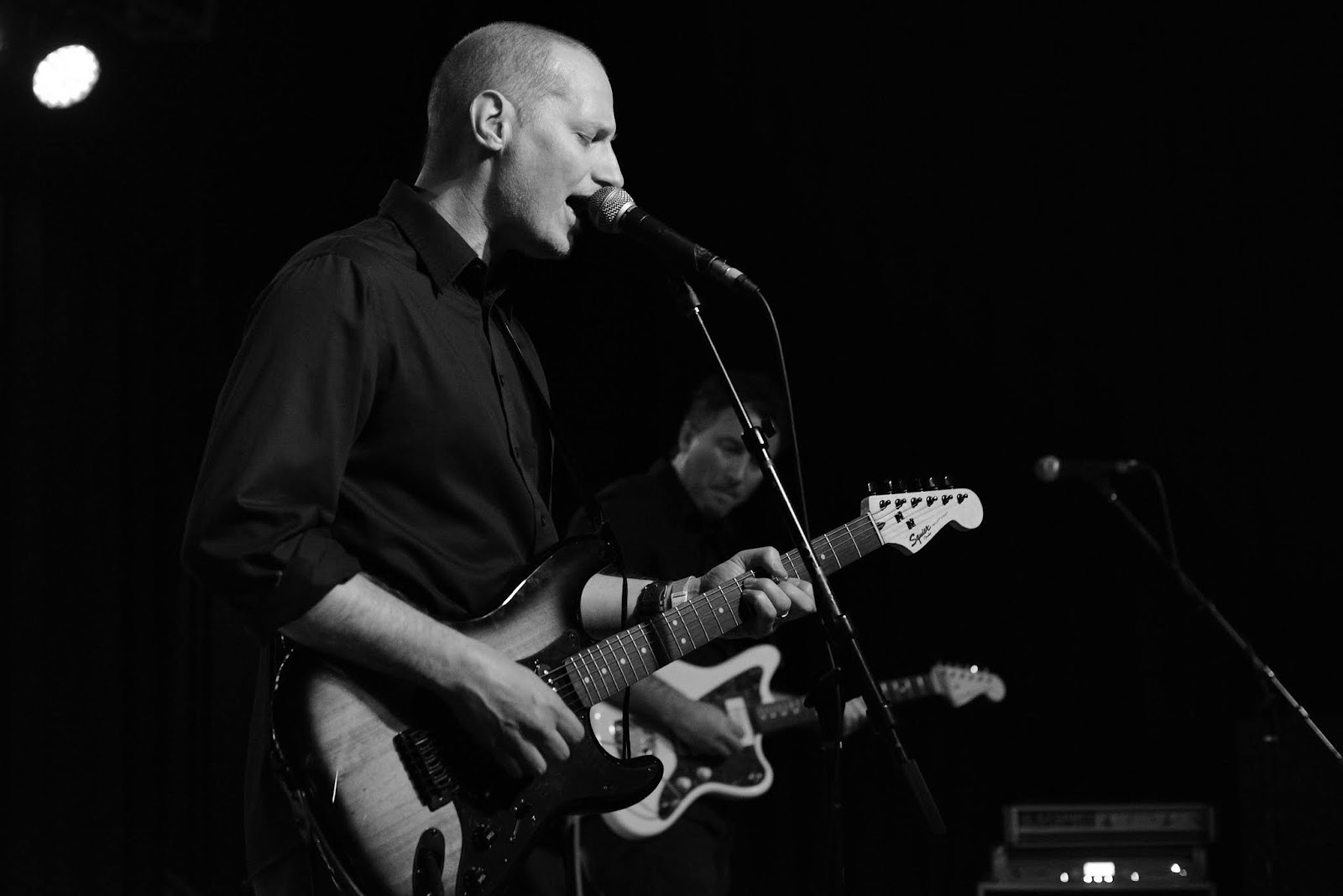 The name Howard Ivans might sound familiar - supposedly he's the long lost twin brother of Rosebuds singer Ivan Howard, but I have a sneaking suspicion they might actually be the same person.  It's unclear what the status of the Rosebuds are these days and if they'll ever make any more records, but this alter-ego allows Howard to explore his more sultry, soulful side.  The vocals might be mostly the same between the two outfits, but the music is...slinkier?  Sure, why not.  His debut solo record was recorded with the help of Richmond's Spacebomb Collective, but live he had a trio of local lads backing him up (Rob Lackey, Mark Paulson, and Brian Weeks)...all of which are my friends, one that might have even been my roommate years ago so I'm definitely not being biased here.  Obviously.  And my totally unbiased take is that while more stripped down than the record, they were really great live.  Rob and Mark held down the backbone, Ivan handled the rhythm guitar, and Brain spent most of the night playing a bunch of solos and leads that were straight out of the score from an eighties Michael Mann movie...given his hair metal background, it was a gig that well suited him.  I was way into all of it, and my only regret is with Ivan living in Portland now these shows will be few and far between.

The opener this evening was Skylar Gudasz, who I've reported on a few times.  I don't have anything particularly new to say here on her, just know her voice is one of the best in the business (not just locally, anywhere), and it's always a joy to hear her live.  She had a four-piece backing band this time, made up of four well-traveled local musicians sporting four high-quality beards.  Skylar had no beard, which might be a sign she's not a very good team player.  We'll monitor this situation in the future and see if she gets on the beard program, or continues to flaunt the best interests of band unity.
2017 Carrboro Cat's Cradle Back Room Howard Ivans Ivan Howard Live Show Reviews Rosebuds Skylar Gudasz