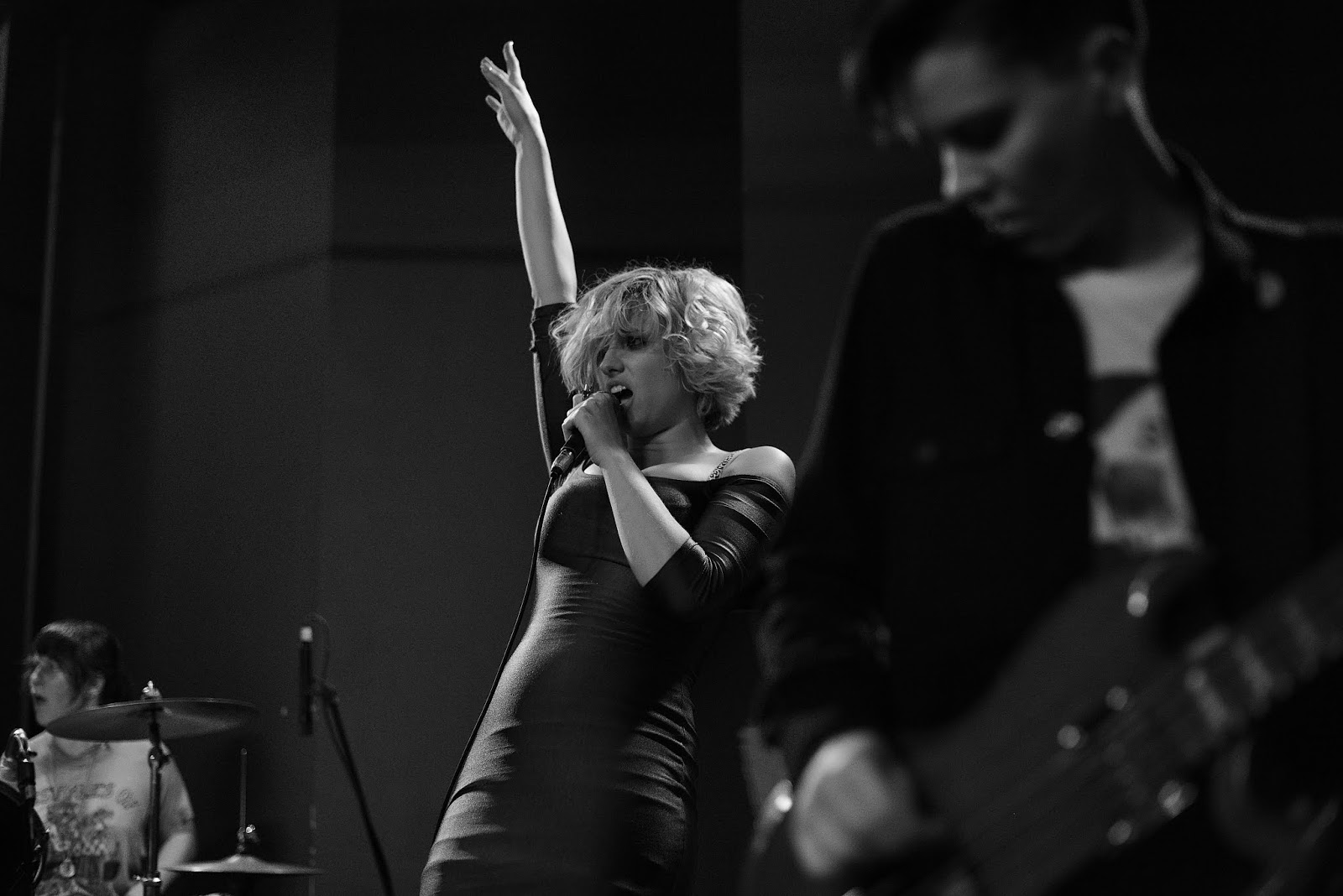 Parquet Courts
with Priests and Whatever Brains
Kings
1/26/2015

To be perfectly honest, I was mainly at this show for openers Whatever Brains.  Sure, I've seen them probably two dozen times at least, but any chance I get to soak in their insanity I try my best to jump on it.  And luckily I jumped on this one early, because this show sold out a while ago.  What can I say about a WB show that I haven't said so many times before?  It was awesome, as always.  There was multiple uses of whistles from multiple band members.   LOTS of roto tom drum action.  Even though they just had a release party a couple of months ago for their new record, they've already released a cd-r of nearly 80 minutes of new material - from a sheer quantity standpoint, they're turning into the Guided by Voices of noisy punk or whatever the hell category you might try to put them in (they don't seem to fit anywhere, so you probably shouldn't bother).


I had gotten the value of my ticket from that performance, so anything else good from tonight was gravy.  I knew absolutely nothing about Priests other than a couple of friends had spoken highly of them, so I was going in completely blind.  This is my very rudimentary take on the band - a four piece from DC; all women except for the guitar player; music is bass heavy, almost verging on funky, but still more-or-less punk; guitar was as likely to be adding texture and noise to the songs as playing chords or rhythm; the singer was very engaging, partially for her performance (lots of stalking around the stage and dramatic flair), and partially for her outfit (tight dress that you'd expect to see at a nightclub rather than on a stage, plus giant stiletto heels).  If I had to make a comparison, I'd go with Sonic Youth meets the Slits, but would to hear some of their recordings to further flesh out this vibe I got.  I quite enjoyed their set, and would definitely see them again.  Luckily, they seem to play down here fairly often.

The headliners were Parquet Courts, but I was already waning to be honest.  I don't have the youthful exuberance that most of the crowd seemed to have, but I stuck out at least half of their set.  They're one of those bands that I enjoy when I randomly hear them, but I never actively seek their material out.  Their records are pretty straight forward garage pop, or at least what I've heard, but their live show had an injection of, I don't know, Pavement-style slack or something of that nature.  I think I actually enjoyed the live renditions more than their recordings to be honest, there was an extra bit of life to them.  I'd see these guys again, though probably not after standing around at the club for three hours.  The slow down in live music attendance on my part in the winter really takes the life out of my show legs!
2015 Kings Live Show Reviews Parquet Courts Priests Raleigh Whatever Brains