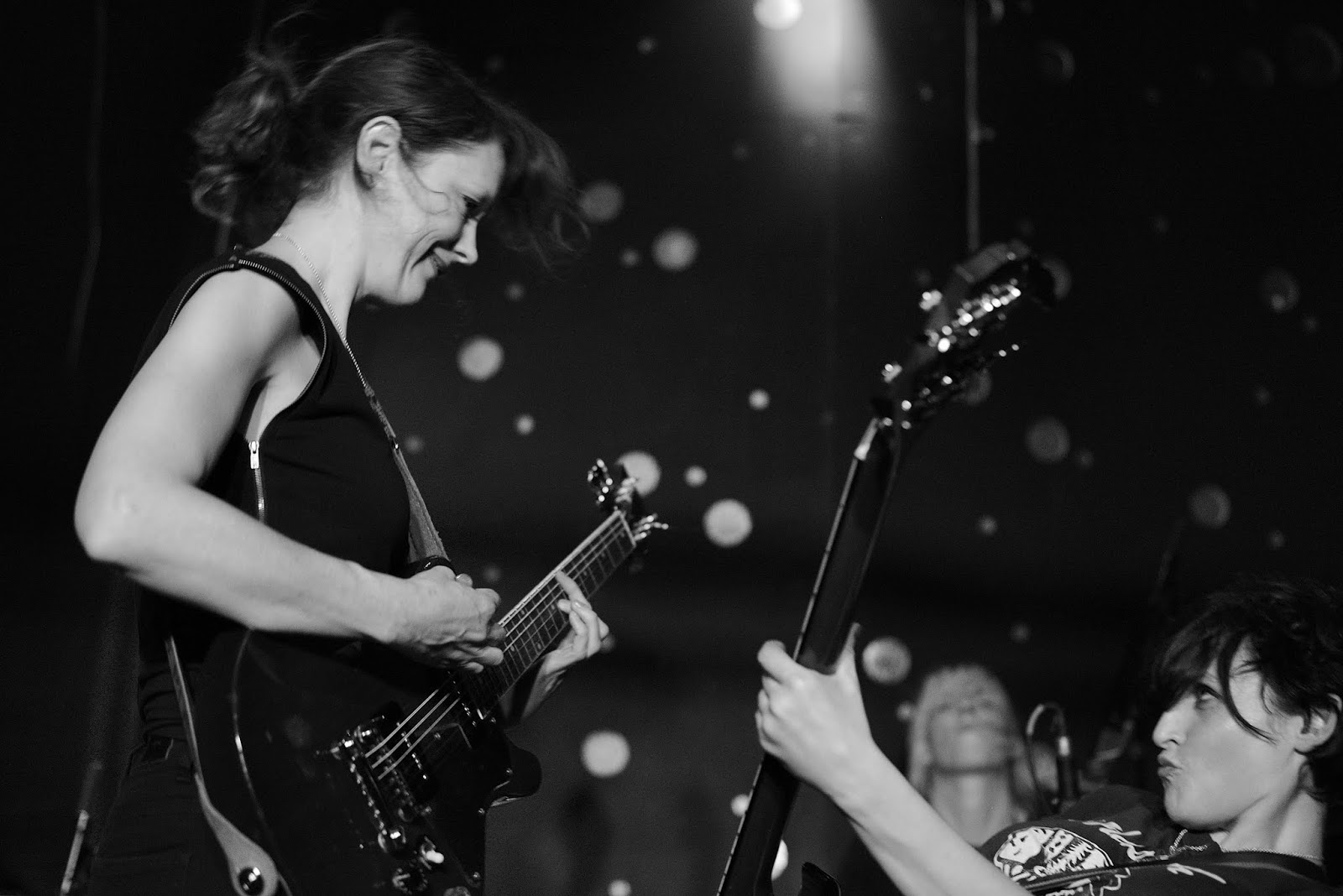 Almost two months after seeing them for the first time, here I was at Kings to watch Ex Hex again.  The first time I saw them was so great, it wasn't particularly hard to talk myself into making the effort to show up at Kings.  Since they only have one album, the set list this time was pretty damn similar to what I saw at the Pinhook, the band as tight as ever while performing their upbeat, snarling garage-ish pop.  The only real difference was the cover songs - last time we only got the Kids' "All Kindsa Girls," while this time not only did we get that gem, but also Johnny Thunders' "You Can't Put Your Arms Around a Memory" and Sweet's "Fox on the Run."  The last one especially got me (and clearly much of the crowd) excited.  It was a great time, and if they come back in another two months chances are I'll be there again.


As great as Ex Hex was, I was possibly more excited for openers Birds of Avalon.  Despite being local (so local a couple of the band members are actually part-owners of Kings), they don't play a ton - but every time I see them, I love them more than the previous gig.  They were playing with the drummer of Valient Thorr as a fill-in, but the band sounded as stellar as ever.  Where you might have once made classic rock references to their performances, these days they are fully ensconced in the Can/Neu! bubble of sound. Most of what they played this night was from their new EP out on Third Uncle records, and I highly recommend it to anyone who likes their ears full of goodness.
2015 Birds of Avalon Ex Hex Kings Live Show Reviews Raleigh