Showing posts from July, 2003
Show all 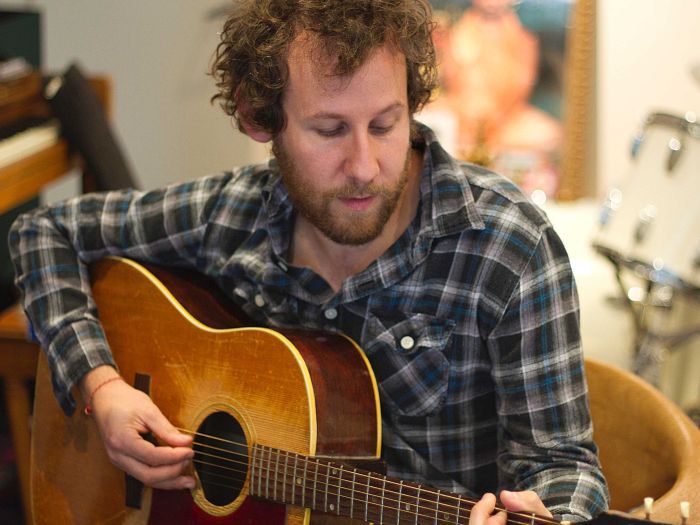 I’m a huge fan of the "Grandpaw Would" album by Ben Lee as well as his work with his first band Noise Addict, but it’s been pretty downhill from there. I came to this show in the hopes that I would hear some of these old gems, and that I did. Interspersed between new songs from his forthcoming record and a couple of cover songs (Christina Aguilera’s "Beautiful," which I didn’t even recognize until the chorus, and The Smiths "Shoplifters of the World Unite" as his big finale), I got to hear a small selection of these tracks. Most notably was that he tried to play "Red Slurpee," but since he couldn’t remember the lyrics he invited a fan up from the crowd to help him sing it. She had trouble with the words herself, which I attribute to stage fright, so he just played the first part of the song twice while she sang along. The whole affair was pretty cute, and I’m sure she’ll be telling all her friends about that for a w…
Post a Comment
Read more 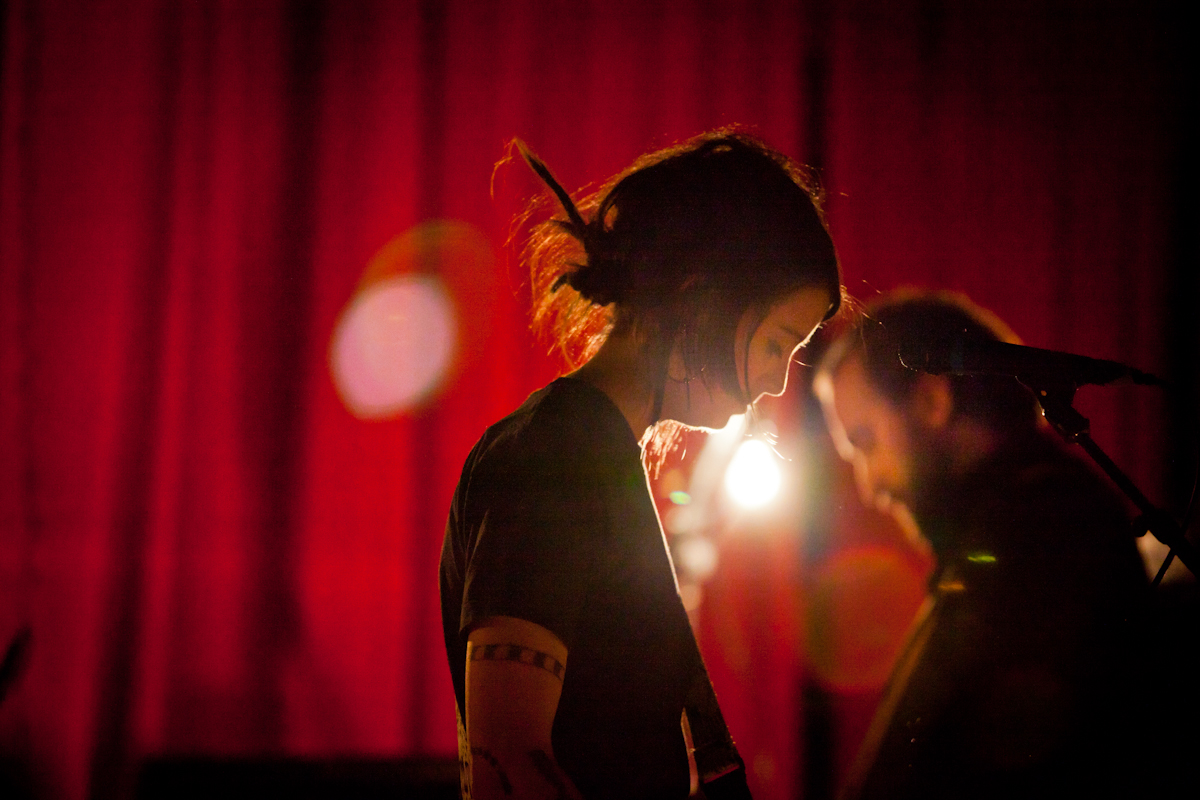 I made sure I got to this show a little early, because I wanted to see if Earlimart sounded as good live as they did on the only song by them I had heard, "We Drink on the Job."  The answer is yes. They sounded like a rockin’ Grandaddy with elements of Sparklehorse thrown in , two bands that I absolutely love.  I only saw a portion of their set, but I liked everything I heard and made a mental note to not only pick up some of their music soon, but to make sure and get to the venue in time to see their entire performance next time they are in town.

The reason I was here was for Carissa’s Wierd.  Yes, "Wierd" is misspelled intentionally, you'll have to ask the band why.  I am in love with this group; and not only with the immensely attractive singer Jenn Ghetto, but with the band as a whole.  Somehow they play some of the saddest music I have ever heard, and it makes me happier and happier each time I list…
Post a Comment
Read more 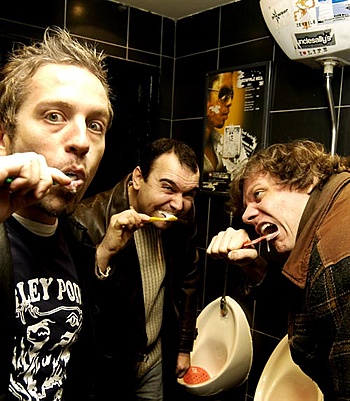 This was my first show at Lipo, although I had been here a few years earlier just to have drinks with some friends. Who knew they had that bunker compound down there? not only did it feel like a bunker, it was decorated as such also. This venue seems to run on the same time schedule as The Hemlock, because even though I thought I had gotten there late, it was still a while before Caesura started playing. I can’t say that I’ve ever been moved terribly by their recorded output, but Caesura’s live shows keep getting better and better as far as I’m concerned. Noisy, skronky (can you even be skronky without a saxophone in the band? I’m not sure really), loose at times, but wound tight at others; it was short set that left you wanting for more, my favorite kind of sets. There was a fair amount of kids there to see them, without the place being packed (I don’t even want to imagine how hot and sweaty Lipo would get if it was packed, it was hot en…
Post a Comment
Read more 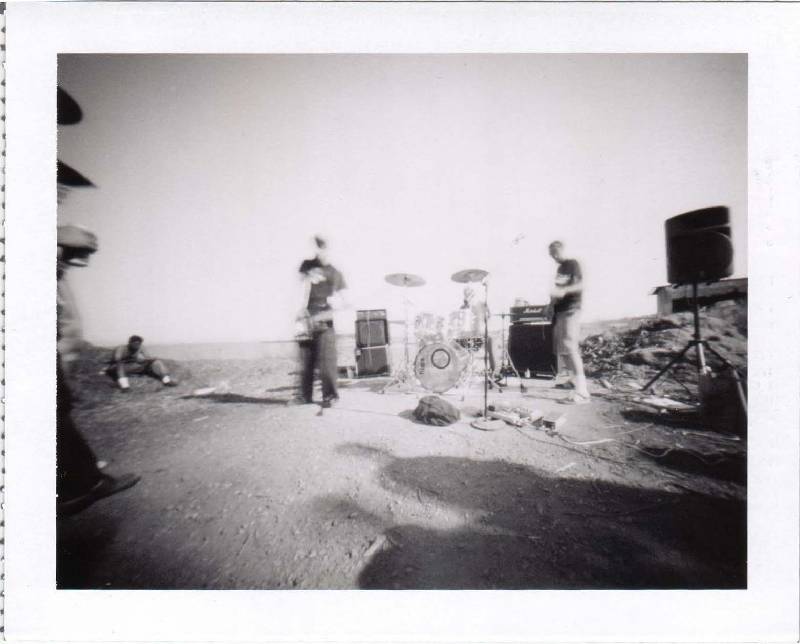 Lower 48 were the reason I came to the show, and they played first. Despite some technical problems with one of the bassist’s pedals, they sounded great. The set was short and to the point and packed lots of punch (and I mean this both figuratively and literally, because not only did they really rock out, but I enjoyed myself a Hawaiian Punch while they were doing so). This band has really been growing on me more and more each time I see them, and I’m looking forward to their split EP with Replicator that they have coming out soon. Like a tasty cheese, Lower 48’s brand of mathy post-punk music only gets better with age.
Post a Comment
Read more 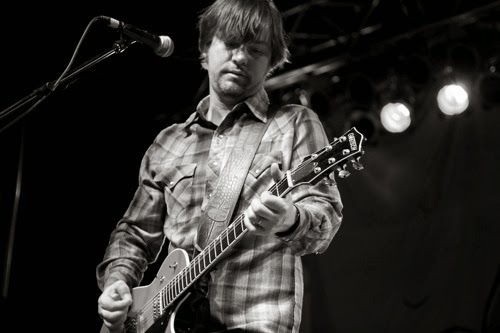 I got to the show just in time to catch the last few songs by Tim Easton. Think of a combination of non-cheesy white boy blues, M Ward, and Bob Dylan, and that’s the neighborhood that Easton’s sound is playing in. It is a good sound, and one that I enjoyed; his raspy voice paired with the bluesy guitar playing seemed to also be going over well with the crowd of Jay Farrar fans as well. I wouldn’t be surprised if Mr. Easton didn’t make a few new fans at this show.

Jay Farrar – former co-leader of Uncle Tupelo, Front man for Son Volt, and now all on his own. Well not actually alone, as he had two guys accompanying him, but you get my drift. Both of these gentlemen played the steel guitar (one lap steel, the other pedal steel), sometimes consecutively, as well as helping out on regular guitar, bass, and occasional backing vocals. Anytime I see a pedal steel guitar being played on stage, I have a hard time not watching – all those…
Post a Comment
Read more
More posts