Showing posts from June, 2003
Show all 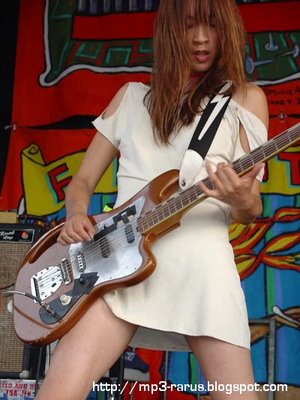 I've been a fan of Blonde Redhead for a long time, and it was good to finally pair a live show with their recorded output. For the most part, they didn’t stray too far from their albums, but that’s not necessarily a bad thing, as their albums are awesome. Their Sonic Youth-meets-Fugazi instrumentation, along with Kazu Makino’s emotive, often wailing vocals makes for a heady mix in a live setting. They focused fairly heavily from their more recent (but still more than two years old) album "Melody of Certain Damaged Lemons," but also managed to throw a few older tracks in there. Fortunately, as is usually the case, the sound at the Fillmore was great. It’s very, very rare that I ever have to complain about how things sound when I attend a show there; so kudos to the sound folks for doing a good job. The only negative of the show – despite the nearly sell out crowd, no poster! There’s nothing better than a take home prize to reward you f…
Post a Comment
Read more 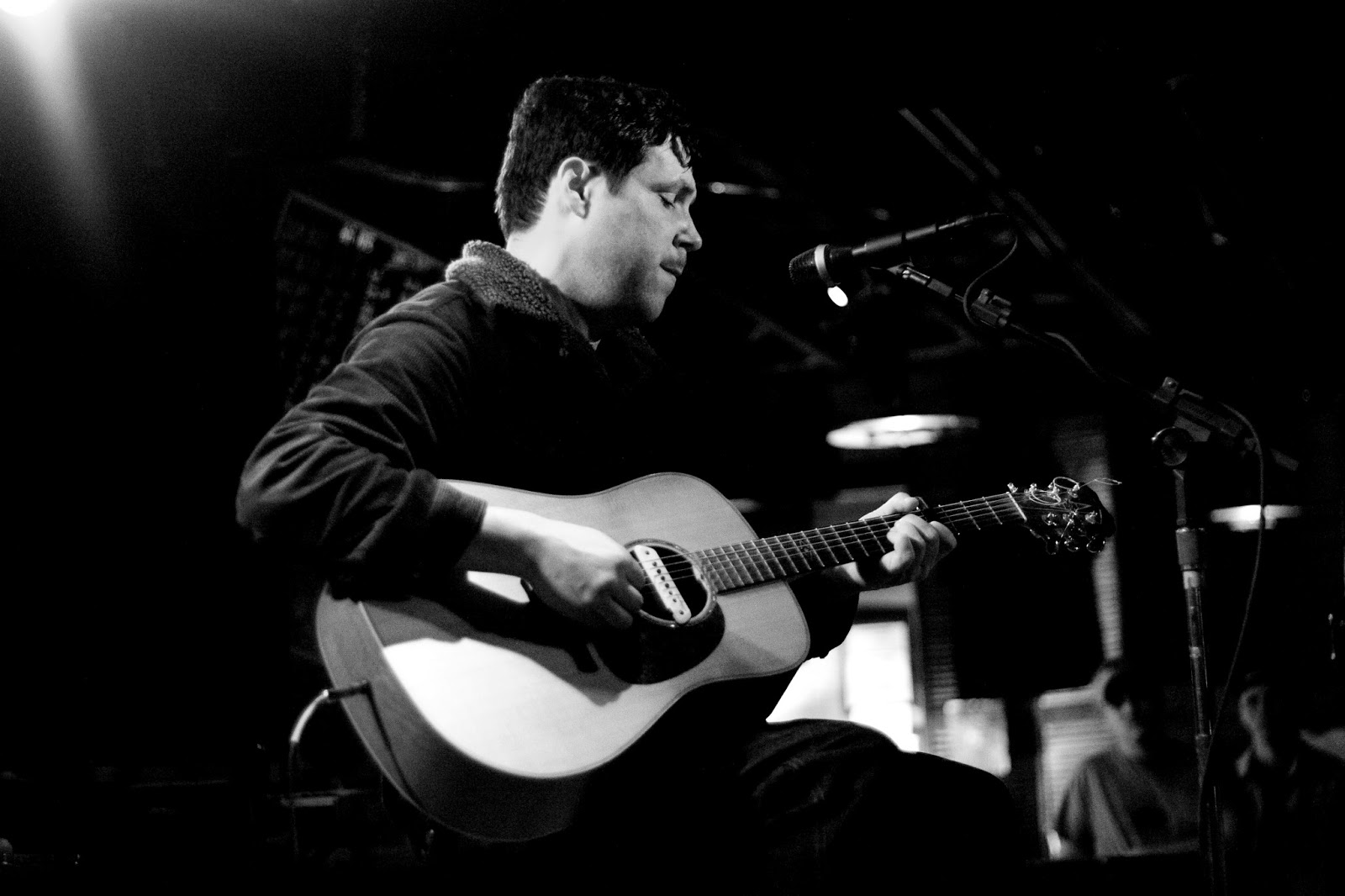 I had wanted to see Rocky Votolato who was opening on this tour, but due to some confusion in the order of the line-up and me assing around the house and getting to the club too late, I only caught his last two songs.They were great, but I didn’t really get to hear enough to write an actual review about it. So we’ll stick with the man of the hour, Damien Jurado.  After a foray into playing rock music with his last album "I Break Chairs," Damien is back to his old folky self, just a man, a guitar, and an unbelievably amazing voice.  Without fail, every time I see him live it makes me re-obsess over his music and put quite a bit of effort into listening to him again.  His live performances are mesmerizing and it’s so quiet in the room you can hear the wooden chair he’s sitting on squeak as he plays.  It’s not uncommon for his beautifully sad voice to bring folks to tears, most notably with my friend Daz anytime he plays "Ohio.&quo…
Post a Comment
Read more 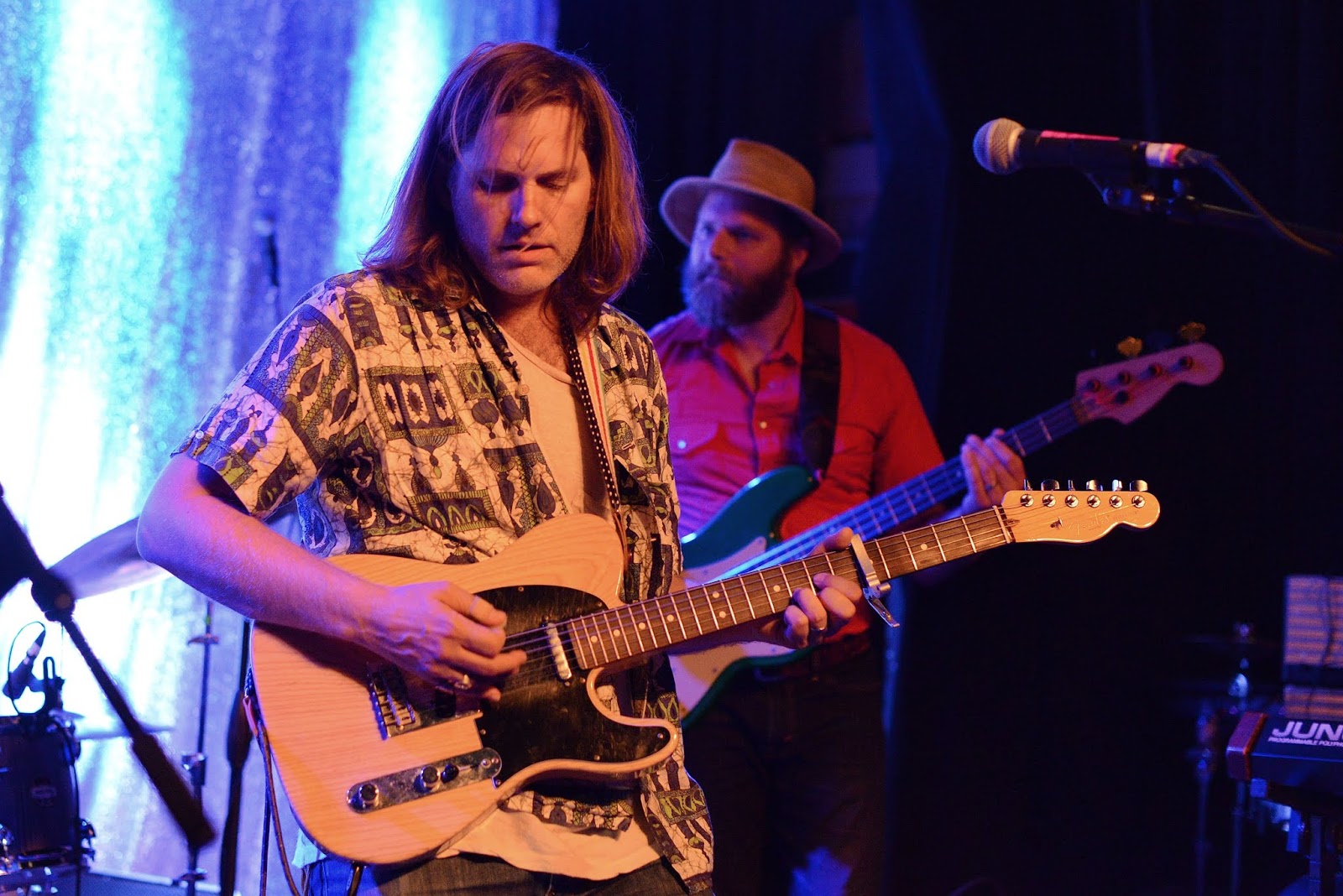 I’m a late comer on the Fruit Bats bandwagon, at least among my group of friends.  I’ve been told to listen to them for a while now, and I've always put it off.  But I finally got around to it, and their new album "Mouthfuls" is one of my favorite records so far this year.  I’ve been listening to it fairly obsessively over the last couple of months.  Needless to say when they announced their tour was coming to SF, I was pretty hyped for the show...and was not left disappointed.  The band played most of "Mouthfuls" including a fantastic rendition of "When You Love Somebody," my favorite song of their record.  They also played a handful of their older songs, and although I’m not familiar with them yet, the tracks were great and I plan changing that level of familiarity the next time I make it to a music store.
Post a Comment
Read more 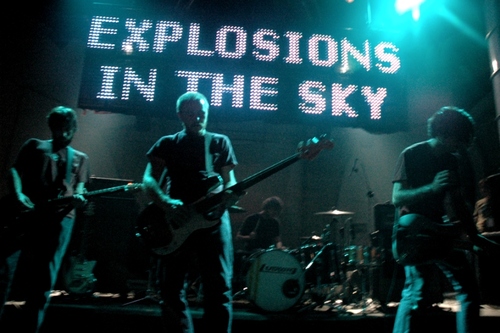 I don’t think words can do justice to how excited I was about this Explosions in the Sky show. I saw them a few years back opening for And You Will Know Us By the Trail of Dead, before I even knew who they were, and thought it was pretty good. Then I got their album "Those Who Tell the Truth Shall Die, Those Who Tell the Truth Shall Live Forever" and have listened to it obsessively ever since. The last time they played in town I couldn’t make the show and was quite bummed, so this go around I was definitely not missing it. It was unbelievable – they are a sonic firestorm on par with Mogwai or GY!BE; the fact that they haven’t gotten their due is nothing short of scandalous. How can one band rock out with such intensity and still have the ability to reach into your chest and fuck with your heart? I’m by no means one of those emo kids, but something about their music really goes to my core. 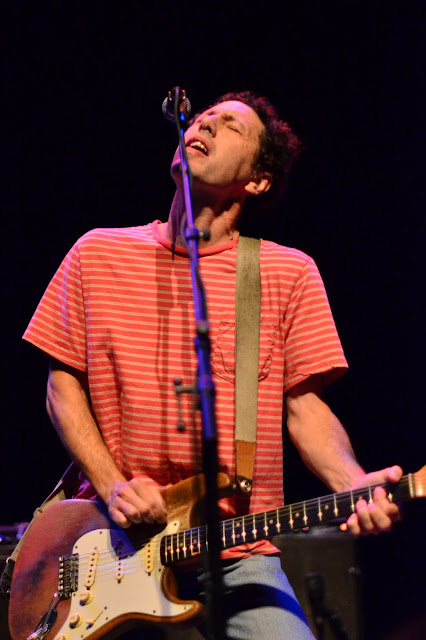 Even though they are a local band, and I even own some of their CDs, I’ve managed to never see the Aisler’s Set. And until I got to the show, I had no idea I was going to on this night. I was there in plenty of time to make sure I didn’t miss The Clean, but it turned out that since it was a Friday night that they had added one more band to keep people around drinking booze longer. While I usually gripe about long shows, especially those that are unexpected, this time it was okay since I liked all the bands. The Aisler’s Set sounded good, played a lot of newer songs that I didn’t know and some older ones that I did. Whether the other people there at that early hour knew they were playing or not, they seemed to be enjoying the show nonetheless.

Up next was the band I was here to see, The Clean. Or ‘THE CLEAN!!!’ as some of my friends might express to anyone who will listen. Now I’m quite late on The Clean bandwagon – I got t…
Post a Comment
Read more 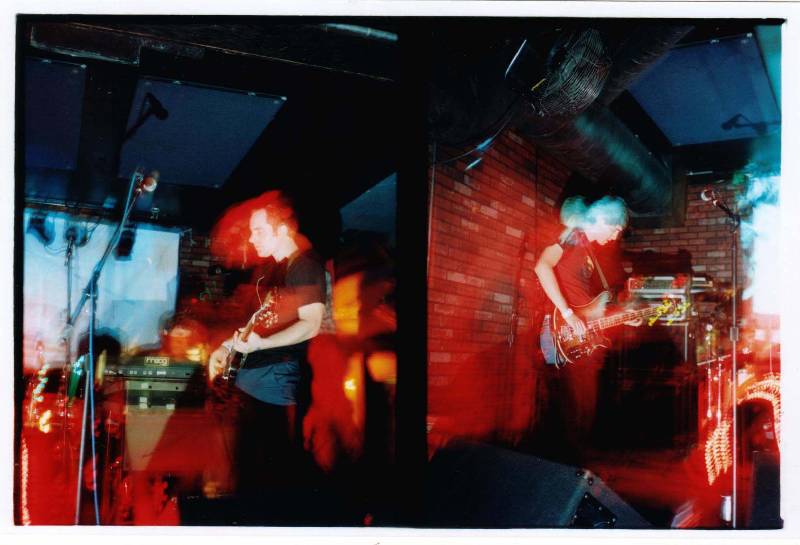 I was excited that Kilowatthours had been added to this bill last minute. Apparently they were on tour and in desperate need of a last minute Bay Area show, and the kind folks at 40th Street hooked them up. Which was awesome, because they were the main reason I came out on this night – the catalyst that actually got my sorry ass across the bridge, a task that is often tough to pull off for us "City" dwellers. Bottom line – despite some minor technical difficulties at the beginning (the band might argue about how "minor" these difficulties were as I believe the singer broke his guitar amp), they sounded fantastic. They remind me of a mixture of Radiohead, Tristeza, Appleseed Cast, and maybe even a little post-rock-ish stuff like Mogwai. I can’t speak for their other releases as I haven’t heard them, but "Strain of Positive Thinking" is a fine album everyone should check out post haste.  A very enjoya…
Post a Comment
Read more 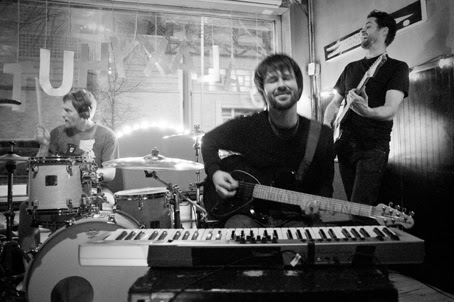 The Dismemberment Plan
with Enon
Slims
6/7/2003

Show length time can be a tricky thing - some bands play too long, others not long enough.  Enon played too long for me. The length of time I can enjoy a band is sometimes pretty short anyways (I’ve been accused of having musical ADD before), and this especially holds true for bands whose music I don’t really know. Plus I generally prescribe to the "leave them wanting more" school of thought.  I liked Enon, they sounded great, the male singer had some great dance moves, and the female singer had a cute voice (actually, everything about her was cute). I’ve seen them before and been meaning to pick up their records for a while, but somehow always get sidetracked at the music store. I was really enjoying their set for probably the first three-fourths of the show, but at some point I hit a wall and just wanted the headliner to take the stage.

The Dismemberment Plan also played too long, but I’m willing to cut them just a little more…
Post a Comment
Read more 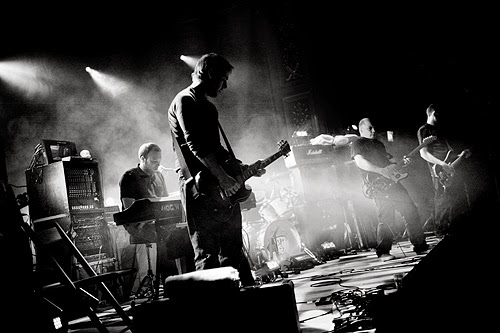 It was so quiet in Bimbos you could hear a pin drop. Even my friends, who are notorious for talking and gossiping instead of watching the band, stood in silence mesmerized by Mogwai, one the most amazing groups to come into my life in the last ten years.  It’s obviously not just me who feels this way, based on the crowd reaction (both quiet and loud) and applause.  Seriously, if you’ve never been to a show in SF and experienced what a chatty lot the crowds are, you have no idea what a feat it is for a band to silence a room.  They played an almost entirely instrumental set, the one exception when the keyboardist sang a little bit, but it was through some of his effects.  Stuart Braithwaite, who occasionally sings, didn’t even have a microphone set up, just one sitting at his feet on the floor that he would pick up and say something into from time to time.  They played a couple of new songs, but mostly stuck to older tracks. "Mogwai Fear Satan" delight…
Post a Comment
Read more
More posts