Showing posts from March, 2003
Show all 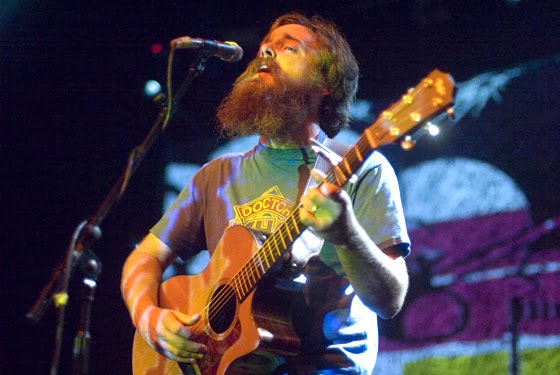 I saw Sam Beam, front man for Iron & Wine, only a month or two ago opening for the Shins' James Mercer – it was an all acoustic, singer-songwriter type of night, and a damn good one. At the end of his set, Sam said he’d be back with a full band at the end of March, and he wasn’t lying. This time the solo artist split off like a salamander’s tail into five pieces: two drummers – one which also played bass and xylophone, the other also played guitar; a guitar-slide guitar-banjo dude; a female back-up singer; and finally, Sam himself on guitar and vocals. I was a little apprehensive about hearing rocked-out versions of all my favorite Iron & Wine songs, but luckily they didn’t tow that line for the entire show. Some songs were a little rocked out, others just slightly accented by Sam’s fellow musicians, and some were pretty much just like the originals from the record. I especially enjoyed the xylophone playing by the drummer and t…
Post a Comment
Read more 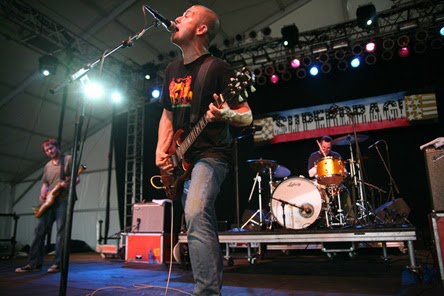 Someone was smoking some weed in the crowd.  Another (presumably different) person yells out "What’s that smell?", to which Sam Powers, bassist for Superdrag, replied "It’s a Lynyrd Skynyrd song."

I’m just going to jumble these two shows together and treat them as one. Not that they were the same: on the first night, Superdrag opened and played a much shorter set than on the second night when they headlined. They also played a lot of different songs each night, with less than half being the same on both nights. It didn’t bother me to hear the same songs again though, as I honestly would have still enjoyed myself even if both shows were exactly the same. They played a great mix from all of their albums, not really focusing on any one too heavily. Out of my ten favorite tracks by Superdrag, I think they played seven of them over the two nights. On the first night they even played "Sucked Out," their one hit …
Post a Comment
Read more 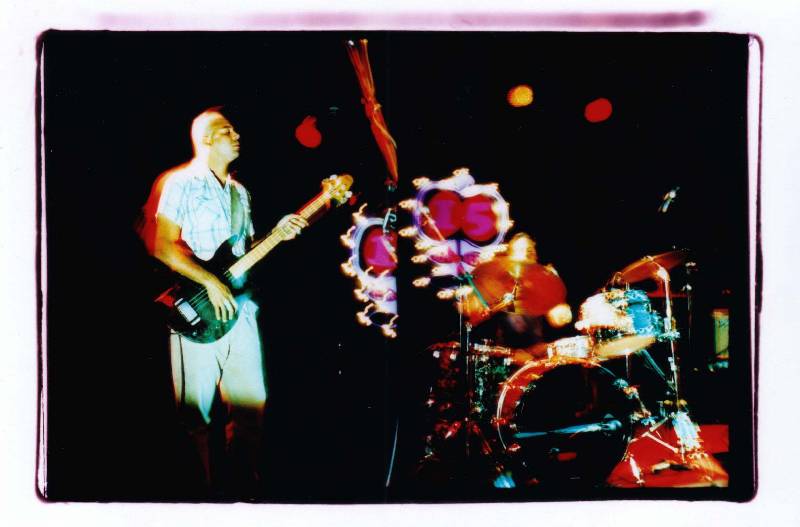 Roadtrip! Daz and I packed ourselves into my car on a sunny Saturday afternoon and headed out to the Central Valley to try and see us some good music, and good music we did see. We were both damn excited, as I’ve never seen Grandaddy before even though I have most of their records memorized, and Daz not only loves the band but was going to be shooting some pictures of them before the show for Devil in the Woods magazine. Add on top of this the fact that both of the opening bands are rad, and you’ve got a good night ahead of you.

The venue was pretty amazing – an old theatre in downtown Merced, not terribly different from the old theatres that every town in California has, but I’ve always had a soft spot for these sort of places. The acoustics were good, and it had these beautiful art deco light fixtures that I would have given my left arm for. There was only one thing slightly bad about the evening at all, and it aff…
1 comment
Read more
More posts